The Hearst Museum has an extensive North American Media Collection consisting of still photographs, sound recordings, and film. This collection makes the Hearst Museum an important resource for descendant communities.

The Museum’s collection of still photographs consists of both original prints and negatives. The original prints include those of Edward Curtis, Timothy O’Sullivan, John Hillers, and Carleton Watkins, as well as unique copies of these artists’ works. The Museum’s negatives of ca. 3,500 negatives comprise the largest and most comprehensive collection of ethnographic photographs of California Indians.

A sample of the collection can be reviewed at the Museum’s Calisphere Archive. 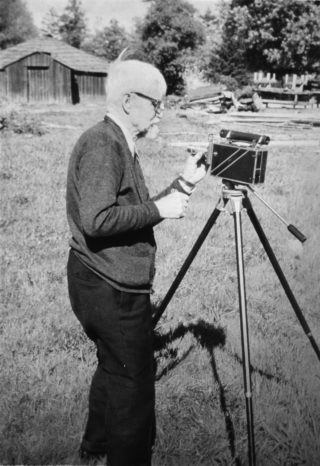 The Museum holds what is likely the largest collection of research footage on North American Indians in the United States. Samuel A. Barrett, Berkeley’s first anthropology doctorate (1908), collected most of this material during his National Science Foundation funded American Indian Film Project between 1960 and 1965, yielding 362,569 feet of film from many tribes in the American West. A small collection of the Museum’s films can be viewed at the California Light and Sound Archive here.

Click here to consult tips for searching the Hearst Museum Portal. The Museum staff is always available to assist descendant communities with their research. Either fill out a collections request form or contact pahma-mediapermissions@berkeley.edu with a specific question.

The Museum will consider requests for the removal of other media from the publicly accessible Collections Portal, on a case-by-case basis. To streamline this process, regarding objects originating from the United States, requests will be accepted from tribal chairpersons or authorized NAGPRA representatives. Requests should be sent to PAHMA-CulturalPolicy@berkeley.edu and include a brief statement concerning the nature of the media’s sensitivity and the requestor’s cultural affiliation to the object in question. Requests related to Museum holdings from outside the United States will also be reviewed, with consideration of the authority of the requestor from within a specific cultural community and the relationship of that community to the object at issue.