Included in the Hearst Museum’s extensive paintings collection is a set of 23 oil paintings and 40 drawings of South Pacific peoples, accompanied by 142 mostly Pacific artifacts. These were donated in 1976 and 1980 by American painter Caroline Mytinger (1897–1980). 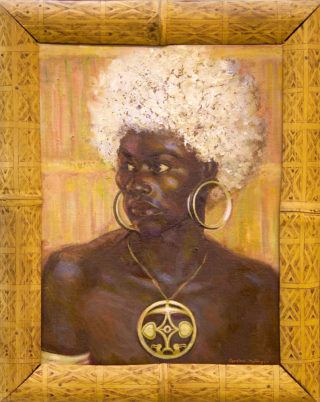 Born in Sacramento, Mytinger studied painting in Cleveland, where she was raised, and later in New York. By the early 1920s she was earning her living as a commercial illustrator and portrait painter. With a persisting interest in travel and exotic cultures, Mytinger decided in early 1926 to travel around the world to document on canvas what she believed to be “vanishing peoples.”

Soon realizing that her project was too ambitious, she focused on the South Pacific, specifically the Solomon Islands, Papua New Guinea, Australia, and Indonesia. Accompanied by a female friend, she funded her travel by painting portraits of the local settler community.

The Museum’s collection of Mytinger paintings can be viewed here.

Returning to New York after more than three years abroad (March 1926–November 1929), Mytinger began to exhibit her Pacific canvases. For more than a decade, until 1943, when she settled in Monterey, Mytinger traveled the country painting society portraits.

In 1942 and 1946, Caroline Mytinger published two best-selling books on her South Seas adventures. By then, her years of full-time painting were largely over, but she spent the rest of her life continuing to travel and living frugally. 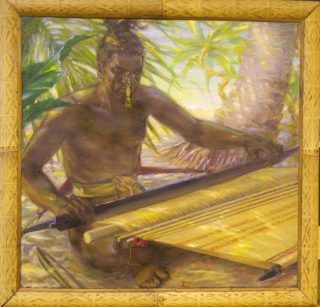 Mytinger’s oil paintings are notable for capturing the sun-drenched color of the South Pacific. As Margaret Mead characterized them: “… Miss Caroline Mytinger realized what vivid results could be obtained by painting these people. … She has caught those traits of personality which the camera and the pen are less skillful in reproducing.”

Over the past decade, the art and writing of Caroline Mytinger have been rediscovered, earning great popular acclaim for her pioneering explorations in distant lands.