The California Indian man known to us today as “Ishi” is one of the most famous Native Americans of all time. Books, plays, movies, and contemporary art exhibits have explored his life. Yet, we do not even know his true name.

Following custom, Ishi refused to speak his name to outsiders without introduction by someone from his tribe. Instead, he was referred to by the word that means “man” in the language of his people, the Yahi. The southernmost group of Yana-speakers, the Yahi lived in the valleys and foothills east of the upper Sacramento River. Ishi, born probably around 1860, spent much of his life in hiding with his family, attempting to avoid the assaults of predominantly white settlers moving into Yahi territory. 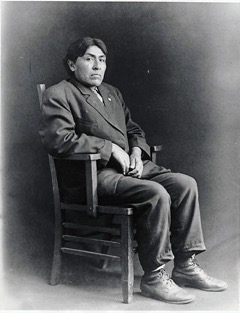 White settler militias systematically eliminated Yahi people during the nineteenth century and early twentieth century, part of a broader campaign of genocide against Native Californians. On August 29, 1911, after the death of his family and other remaining Yahi, Ishi was cornered by dogs outside the town of Oroville, CA. Holding Ishi in the local jail, town officials reached out to the Hearst Museum, then known as the University of California Museum of Anthropology.

Museum Director Alfred L. Kroeber proposed Ishi live at the Museum as an alternative to officials’ proposal he be relocated to a reservation in Oklahoma. Within days, Ishi was brought to the Museum’s first location in San Francisco, near Golden Gate Park, where he lived for the last four and a half years of his life.

Publicized as “the last wild Indian in California,” Ishi was employed at the museum to demonstrate Yahi culture. He spent much of his time on display for white museum audiences, fashioning obsidian and colored glass projectile points and recording Yahi songs and stories. The Museum collected and still cares for the objects and recordings that Ishi made.

Ishi also worked as a live-in custodian and research assistant at the Museum. In summer 1914, at Kroeber’s insistence, Ishi reluctantly traveled with anthropologists back to his home and site of his family’s massacre, the Deer Creek valley area of Tehama County, to document Yahi culture. 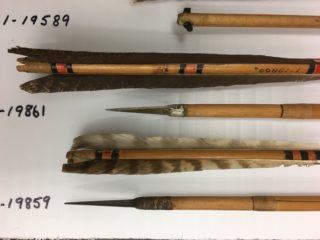 Ishi was known throughout San Francisco and could be found hunting on Mount Parnassus and walking in Golden Gate Park. First-hand accounts recall him making tools and sharing information with Museum visitors. Many described Ishi as surprisingly friendly and eager to share his knowledge. Nonetheless we must now recognize that Ishi’s position at the Museum resembled indentured servitude and that he was objectified as a living exhibit. Kroeber counted Ishi as his friend, but he also used their unequal relationship to advance his own career and the Museum’s popularity. Ishi passed away in March 1916 from tuberculosis, a painful disease that ravaged San Francisco.

It is now shameful to recall the actions taken by employees of the Museum and University following Ishi’s death. During his time at the Museum, Ishi was apparently very distressed to be living amidst excavated human remains, Native American ancestors unearthed for research and curation. He asked that his own body be cremated according to Yahi tradition. Disregarding his wishes, Ishi’s University doctor completed an autopsy on Ishi’s body.  Kroeber, traveling at the time of Ishi’s death, advised against an autopsy. However, returning to Berkeley after its completion, he sent Ishi’s brain to the Smithsonian for further study. Ishi’s body was cremated and placed in a niche at a cemetery just south of San Francisco.

In 2000, as the result of tireless work by Maidu, Redding, and Pitt River tribes in California, Ishi’s ashes and brain were repatriated and reunited. Ishi is now buried in a secret location near Deer Creek, his homeland.