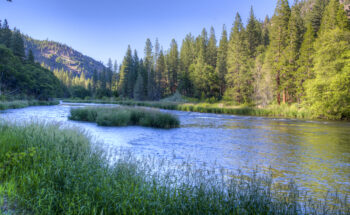 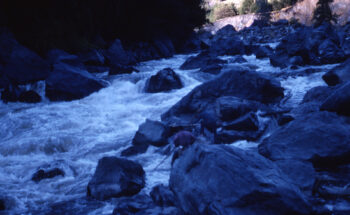 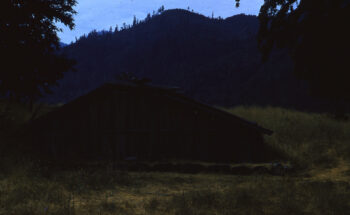 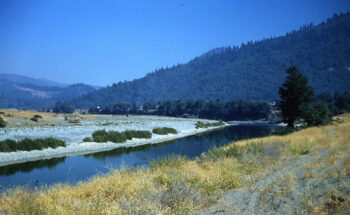 “We need to strike a balance. Think of it this way: our ancestors navigated by stars, lakes, and trees; today, we navigate with a global positioning system. Due to pollution we can no longer even see many of the stars; that is, unless we return to the lands and the fields. Indeed, we must be conscious and work our way back to the soil. The soil and the seeds help us navigate the future.”

– Winona LaDuke in Foreword of “Indigenous Food Sovereignty in the United States.” (1)

The focus of this exhibit is understanding the importance of indigenous foods, but to do so, we must understand the different definitions around accessing food as a human right.

When it comes to accessing food, the term “food security” is often researched and quantified to further learn about health outcomes in a specific population. The USDA defines being food secure as in a state of having reliable access to a sufficient quantity of affordable, nutritious food. However, as the definition of food security ignores quality of food as an important indicator, it does not truly encompass the complexity of food in many cultures. Due to this, a new term “Food Sovereignty” emerged, having different social implications and goals compared to food security. Refined during the 2007 Forum for Food Sovereignty in Mali, Food Sovereignty was defined as:

“the right of peoples to healthy and culturally appropriate food produced through ecologically sound and sustainable methods… right to define their own food and agriculture systems.” (1)

“1. the recognition that the right to food is sacred, and food sovereignty is achieved by upholding sacred responsibilities to nurture relationships with the land, plants, and animals that provide food;

2. day-to-day participation in Indigenous food related action at all of the levels of individual, family, community, and region is fundamental to maintaining Indigenous food sovereignty;

3. self-determination, or the ability of communities and families to respond to their needs for culturally relevant foods and to have the freedom to make\decisions over the amount and quality of food they hunt, fish, gather, grow, and eat; and 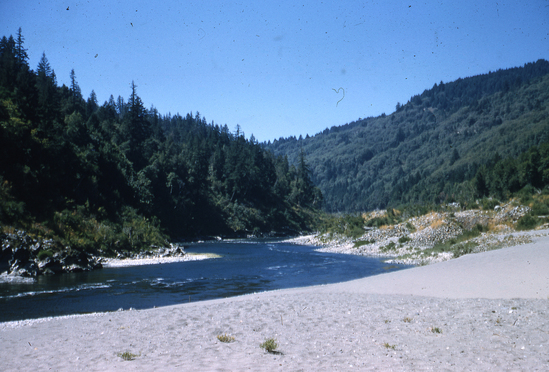 – Cordalis, a mother of two and lifelong fisherwoman for the Yurok Tribe, (4).

Historical Impact and Food Shortage in the Klamath Basin

The Klamath Basin is situated between Oregon and Northern California, encompassing the region drained by the Klamath River. This area includes the expansive ancestral territories of the Karuk, Yurok, Hoopa, and Ohlone tribes. Traditionally to access native foods, many of these tribes fished in the Klamath River and accessed natural resources of the forest through ritual and cyclical fires. By pruning and reseeding, tribes in this area were able to access cultural foods at all times. Important foods included salmon from the Klamath River, local deer in the forests, and gathered acorns. However, because these traditional methods were later criminalized through government intervention and policy changes, it drastically reduced the availability of Native foods.

Stated by Jennifer Sowerwine in “Reframing food security by and for Native American communities”, “Under settler colonialism, dramatic changes in the management of the lands and waterways related to mining, hydroelectric dams, agriculture, logging, and fire suppression have resulted in the near loss of Native fisheries.” (3) Furthermore, under the Dawes Act of 1887, the Yurok Tribe specifically was confined to ten percent of the land that was originally theirs. Trauma by government sanctioned genocide and cultural assimilation policies, specifically through Native American boarding schools, created breaks in the intergenerational processes of knowledge, with many traditional languages, cultural practices, and knowledge on access to cultural foods lost to many Indigenous communities. Furthermore, for the households that continue their hunting/fishing/gathering traditions, some have been labeled as criminals and poachers because of government policy including but not limited to costly permits, certain time frames for hunting/fishing, and how much quantity is allowed to be taken from the land. One Yurok tribe member that was interviewed in the “Reframing food security by and for Native American communities” shares his frustration.

“Our food source, our main food source was the elk and the deer. Of course, we ate off the river too. The limitations are we don’t have no elk or deer no more. We have to go off of the reservation, so basically, they call us outlaws, poachers, whatever. We’re not poachers or outlaws. We are providers. Native man is a provider. He goes out and he gets food for his family. He ain’t out there looking for trophies. He’s looking for meat to feed his family. Then they turn around and label us as an outlaw, when we’re doing what … The Creator give us these animals so we can live. Now you got to go buy a ticket, a tag, a license to go out and be who you are. I don’t agree with it. I’ve never bought a license in my life, and I never will. If I ever get caught, I’ll just have to take it to court and stand on my traditional right as Native American to hunt. To provide for my family”

Currently, many Indigenous communities in the Klamath Basin are food insecure. In “Reframing food security by and for Native American communities”, a standardized eighteen-page survey concluded that over 92% of households experienced some level of food insecurity. (3) Over 70% of households rarely or never have access to desired Native foods. Even more, the Klamath Basin is situated in a food desert, with the closest grocery stores for nutritious foods being over twenty-five miles away. (2)

Indigenous populations have the highest rates for diet-associated diseases, including diabetes, obesity and depression. While it has been not only shown through research that native foods are not only more nutritious than what is offered in a conventional diet, households in the Klamath Basin with high food security had the best access to Native foods. Even more, native foods and their processes have major cultural and historical significance that cannot be achieved at the moment. As said by a Karuk tribal member in an interview from “Reframing food security by and for Native American communities”, accessing foods allows for a closer connection to the land and the people that cannot be achieved from buying foods in a global capitalist environment. 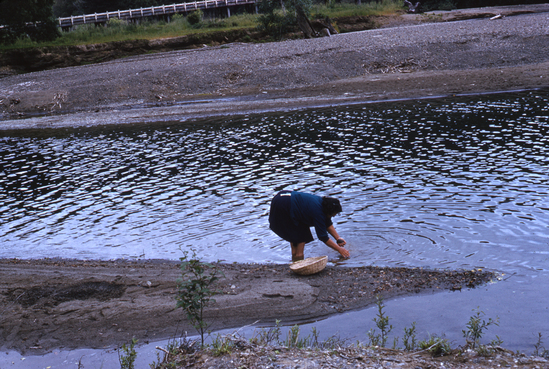 “There’s not enough fish to go around and this is not only a nutritional issue, but more importantly, it really abbreviates our culture. The fishery is the icon of our religion. My perspective, everything we do on the landscape, everything we do in the way of our ceremonies, the bottom is all about the fish. Our ceremonies are pretty much based on the salmon run. All the management activities on the landscape – fire provides better water, provides nutrient cycling, it provides all these benefits from the landscape that goes into the water to provide a healthy fishery, and that hasn’t happened for 150 years. That has had a devastating impact on our culture by way of the fish.”

Overall, better access to native foods allows for the restoring of not only physical health, but overall better mental well-being among Indigenous American communities, while also being a key factor in achieving tribal sovereignty. This can be achieved through changes in policy such as dam removal, community-based programs, and changing how we understand food security and sovereignty as both Non-Indigenous and Indigenous populations.

Most importantly, we wanted to highlight the many different Indigenous initiatives towards gaining food sovereignty. Featured below are also a few organizations local to Northern California.

Ancestral Guard is an Indigenous organizing network helping to develop gardens, crafting traditional canoe and drums, and to gather traditional foods in the Yurok Lands by the Klamath River. 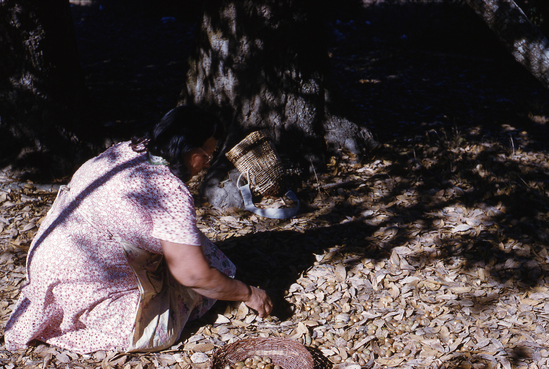 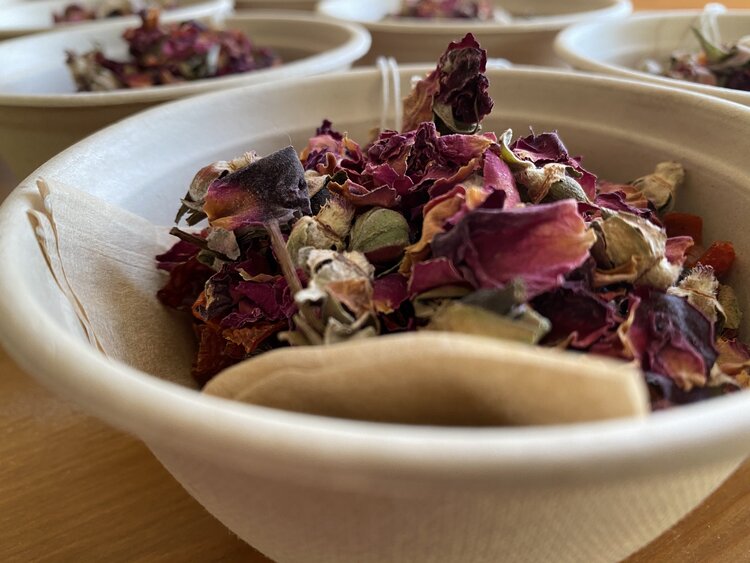 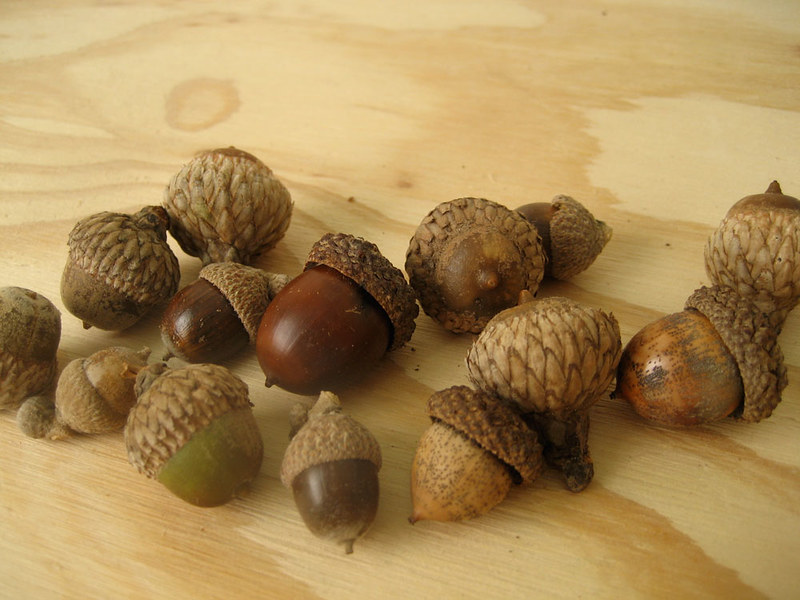