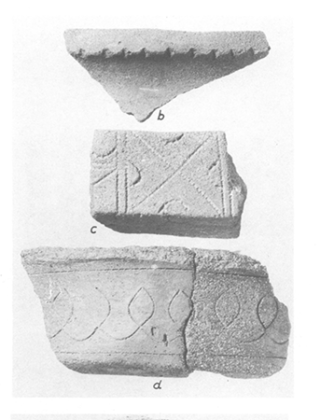 A new story is arriving at the Hearst Museum’s Lounge of Wondrous Anthropological discoveries—a gallery that features current stories of how researchers are using Hearst collections to arrive at new understandings of the people of the world. As part of a multinational project called “Uncovering Pacific Pasts,” the Hearst will be exhibiting a selection of pottery fragments created by one of the first peoples to inhabit the Pacific Islands, known as the Lapita culture. Lapita potters decorated the pottery by pressing lined patterns into clay using toothed stamps. The pottery fragments at the Hearst are from Fiji, but similar ones have been found on islands hundreds of miles away, helping to show how people of a single culture started migrating out into the remote Pacific about 3,000 years ago. Matthew Spriggs, Professor of Archaeology at The Australian National University, is currently using these pottery fragments and documentary evidence to shed light on the crucial—and previously overlooked—story of how a Fijian man named Ratu Rabici Vuikadavu Logavatu aided the Berkeley archaeologist Edward Gifford. Over 30 institutions around the world are exhibiting objects as part of the Uncovering Pacific Pasts project led by the ANU.