Wallmapu is the mapudungun (Mapuche language) name for the ancestral territory of the Mapuche people and nation, located in southern Chile and Argentina. Unlike many other indigenous peoples of the Americas, the Mapuche were never defeated by the Spanish Empire. By the sixteenth century, the Kingdom of Spain had already established a border by which it recognized the political and territorial autonomy of the Mapuche Nation. These territorial limits remained stable after Chile´s independence.

It was not until 1881, with the so-called “Pacification of the Araucanía”, that the Mapuche territory was violently annexed to the Chilean Nation-State. Much of the territory was given to foreign settlers and auctioned for the creation of large estates. The Mapuche were incorporated by force into Chilean citizenship and their lands reduced to just over 6% of their ancestral territory.

Throughout the twentieth century, the usurpation of Mapuche territory continued under different mechanisms, becoming most severe during Augusto Pinochet´s military dictatorship (1973-1990) with the elimination of communal land ownership and the subsidized sale of vast Mapuche lands to forestry companies. Along with continued repression by the military during Pinochet’s dictatorship, the Mapuche began to live in extreme poverty for the first time in their history.

Today, the Mapuche constitute approximately 10% of the Chilean population, concentrated both in the south of Chile (Wallmapu) and in the central metropolitan area. While many Mapuche have migrated from their communities to cities throughout the country in search of work, the connection with their ancestral territory continues to be a fundamental part of their identity. Mapuche people regularly visit their communities and families and participate in ceremonies and rituals.

The Chilean-Mapuche conflict is multidimensional. Ethnic, ideological, economic and political elements call into question the legitimacy of a regime that allows for unrestrained exploitation of natural resources by large companies. The escalation of the conflict in the last two decades has generated high levels of violence and impoverishment that threaten the economic and cultural survival of the Mapuche people.

This photo exhibit was curated by the Wallmapu Support Committee. All photographs by Camilo Tapia, unless otherwise noted. The art pieces accompanying this photo exhibit were created by local artists to honor Mapuche art and cosmology. Each artist was asked to create a piece inspired in an object that has importance in Mapuche culture. Photos of the original objects have been provided alongside the artists’ statements. The selection of objects was curated by Ximena Soza.

This exhibit is located in the south lobby of Kroeber Hall. On view May 1st – September 14th, 2018. 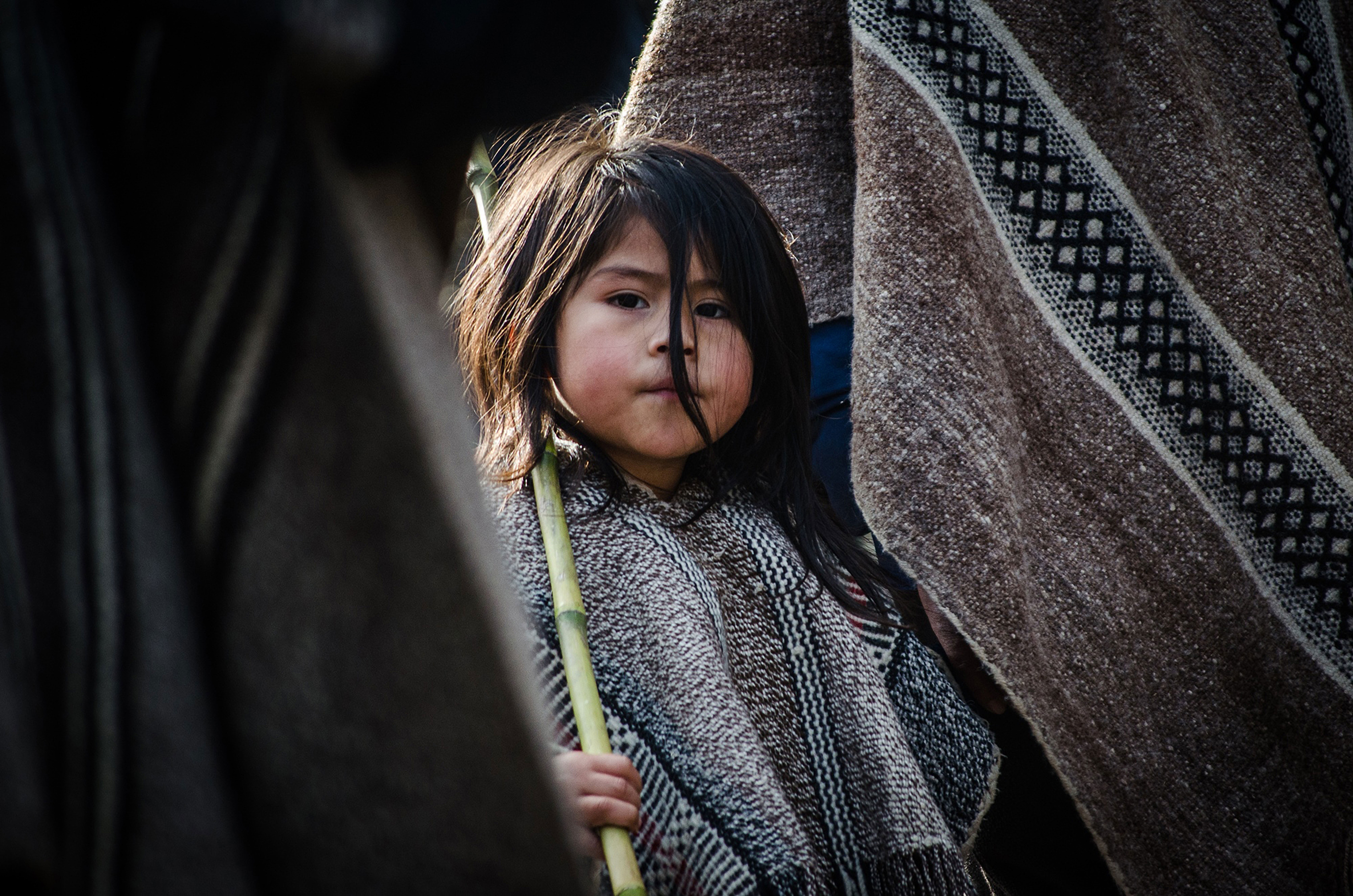 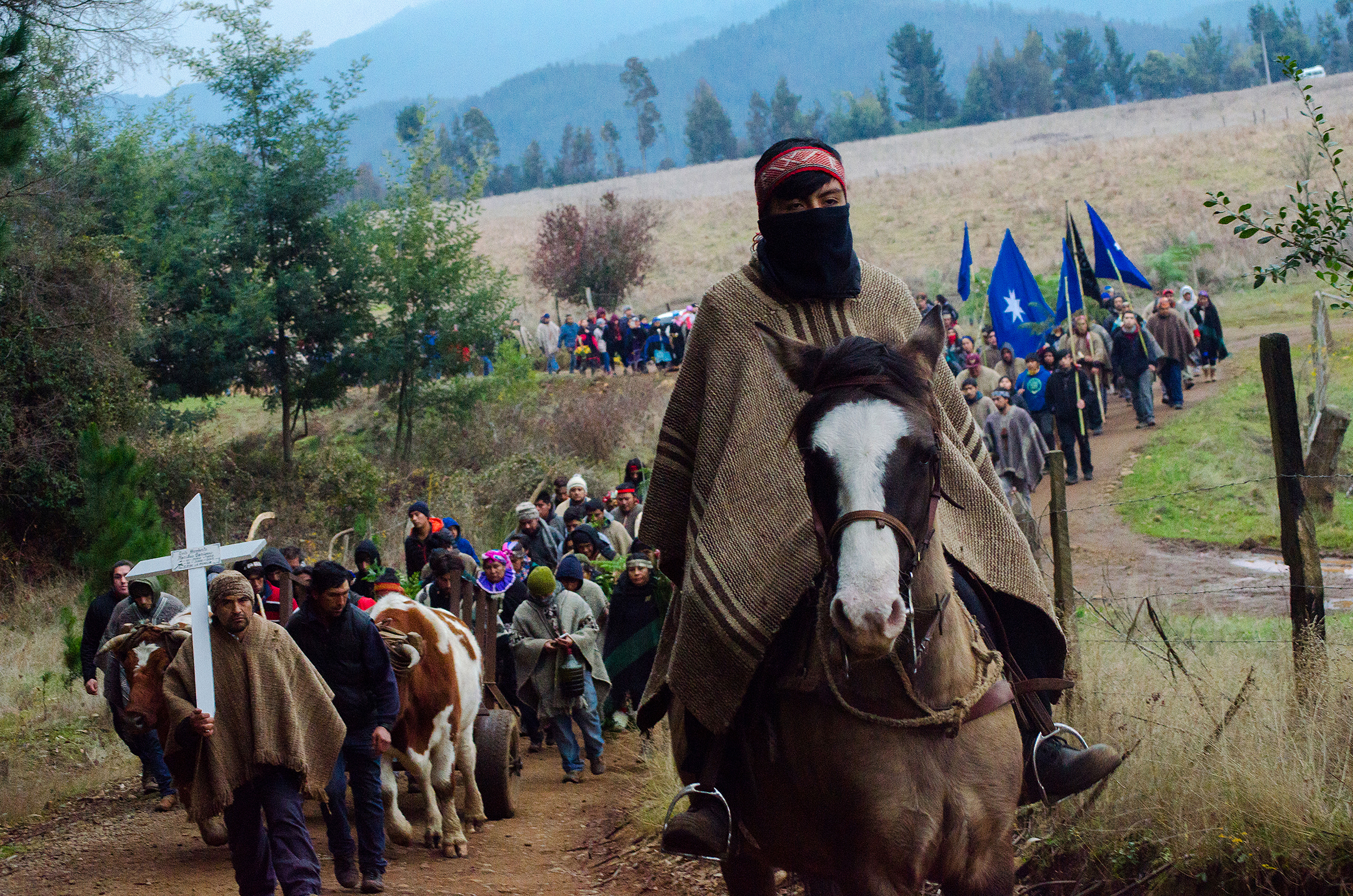 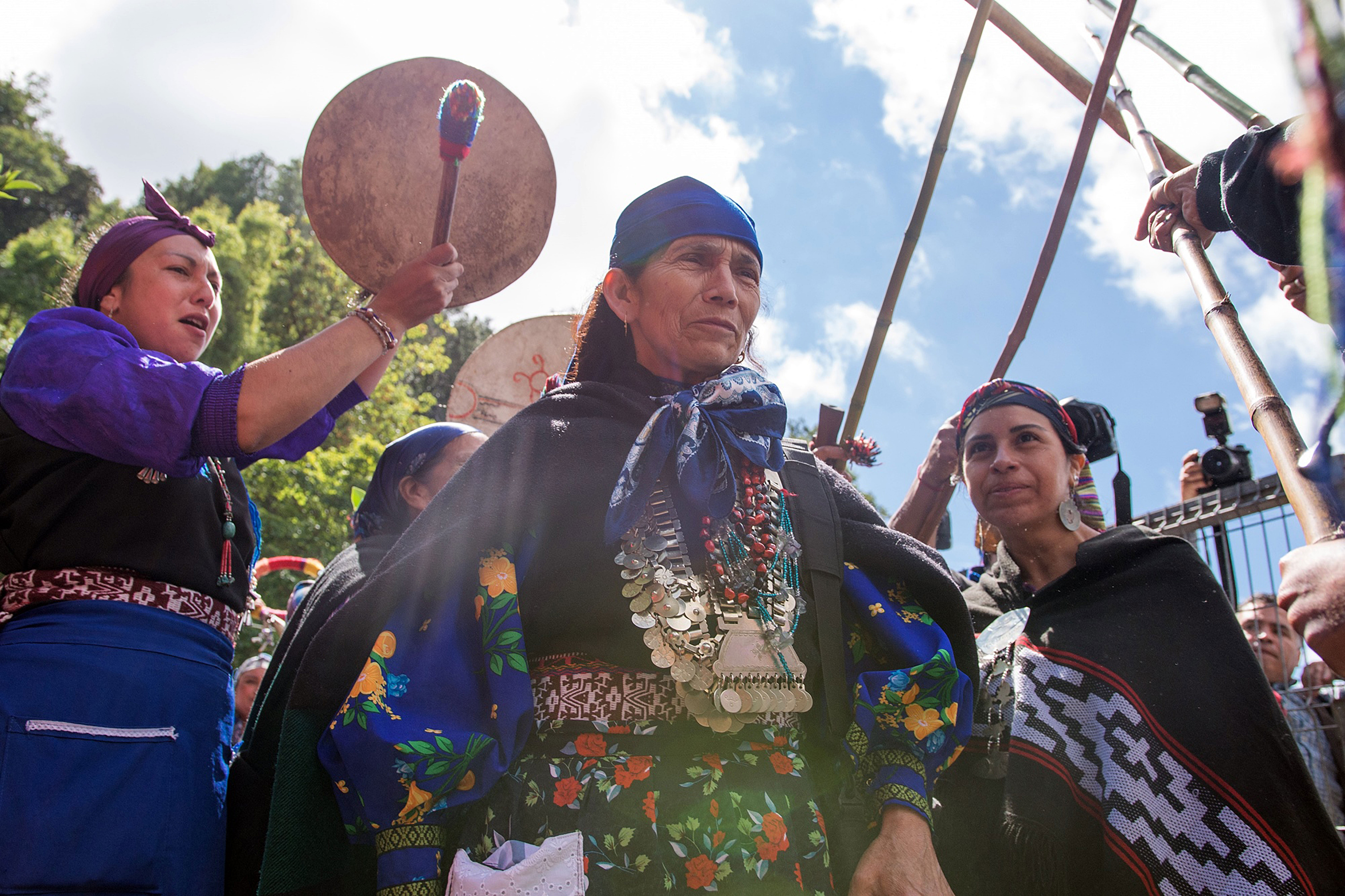