The Hearst Museum cares for a large collection of archaeological materials from the shellmounds that encircled the San Francisco Bay Area. 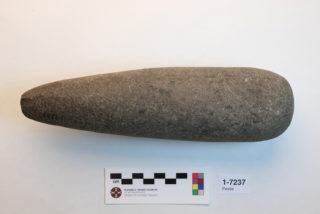 The Bay Area’s Native California communities, including the ancestors of the modern Bay Miwok, Coast Miwok, and Ohlone peoples, began to develop these mounds around 5000 years ago. The largest mounds were occupied for many centuries and grew so tall that they could be spotted from a great distance. While shellmounds are popularly believed to form through the accumulation of cast off materials from fishing, we now know that the Bay Area mounds served many purposes: as places where people gathered for ceremonies and feasts, as places where they buried their dead, and as places where families lived and worked together throughout the year. The identification of dwelling structures, communal fireplaces, workshops, and burials attest to the various activities that took place on the mounds.

The archaeologist Nels C. Nelson attested to the abundance of shellmounds in the Bay Area when he identified 425 remaining mounds in 1909. There were no doubt more that were destroyed by rising sea levels and nineteenth and twentieth century commercial development. Today, very few shellmounds are visible although some are partially intact below modern surfaces. 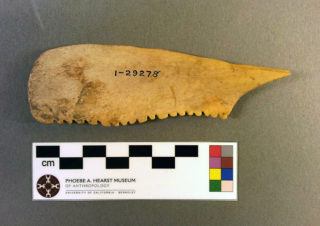 European settlers began to mine the shellmounds in the early 19th century, first for their rich soil and later to recover artifacts for personal collections. Recognizing that the shellmounds were threatened, the Museum spent its first decade documenting multiple shellmounds in the greater San Francisco Bay Area. For example, with the support of Phoebe Hearst, and under the broader auspices of the “Early Man Project,” the archaeologist Max Uhle investigated the Emeryville Shellmound, and Eustace Furlong and Joseph Peterson excavated portions of the West Berkeley Shellmound in 1902 and 1904, respectively.

Nels Nelson and other archaeologists explored additional mounds in Richmond, Sausalito, and San Francisco. Between 1911 and 1913, Lewellyn L. Loud excavated mounds at the Presidio San Francisco, Vallejo, San Mateo and Richmond. In 1924, Loud assisted W. E. Schenck with the documentation of the Emeryville mound before construction leveled the area to build a large factory. Later, Berkeley archaeologist Robert Heizer directed research that examined shellmound materials from around the Bay. Heizer and his students curated materials in the Heast Museum and published their results in manuscripts that are now available for study. 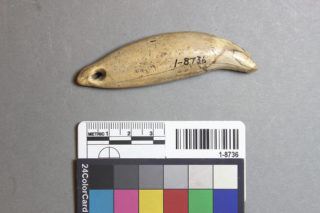 Today, the Museum serves as a repository for projects that require a place to store materials. Recently, for instance, the Museum received materials excavated from the Emeryville Shellmound by a private archaeological firm in 1999. The firm was contracted to prepare the area before the construction of the Bay Street Shopping Center.